To be part of sports but still being excluded. Many para athletes know this feeling – but there is not such distinction under Barents Winter Games.

A sport event is running and enthusiastically followed by the audience on the tribune and in media. With competition, medals and big emotions – from colourful triumphs to heart-breaking defeats. After all athletes have packed their bags and travelled home, another bunch of sportsmen climb the stage. With competition, medals and big emotions, too. But without spotlight. Parasports get often viewed as something different than the “normal” sport. But now the national Swedish sport association has decided to take more responsibility for all its athletes. Therefore, each parasport will be included in its appropriate department and not as a department for itself. For instants in the future will wheelchair basketball be built into the basketball federation.

- Here we are getting the same attention, the same support and the same cheers of encouragement.  We don’t feel different but rather that we all compete under equal terms. And the fact that we all participate under the national colours creates a special type of solidarity, says Maria Andersson, head of the Swedish swimming team.

How does the athletes experience such fellowship?

- They are even more motivated and the games are lot more fun. They develop a feeling of being part of a community. We support and cheer the other Swedish swimmers and they do it likewise. It is extremely important and makes a big difference for the athletes.

In her everyday life is Maria Andersson leader at Luleå’s swimming association and works together with her clubmate for the inclusion of para swimming within all clubs.

- We made small steps at a time. And that’s what I can recommend to others in similar situations. And we achieved quite a bit in Luleå. Unfortunately, the development isn’t as positive in all other parts of the country, says Maria.

But Barents Winter games gave not only on the participating athletes a very positive impression. In the audience were many others who dreamed to be at the place of the Barents athletes.

- Even the swimmers who were too young to participate in the competition were Barents Winter games a great event. They gained extra motivation, and several have said that they can’t wait until they reach the age to be part of the Barents team. It is an event the young athletes long for to participate, says Maria Andersson. 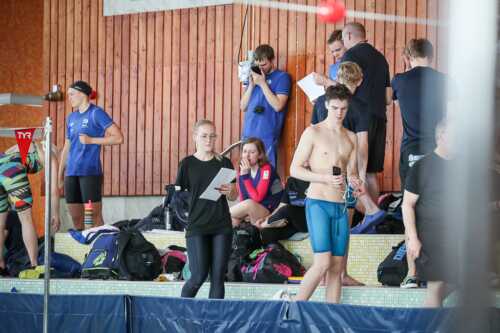 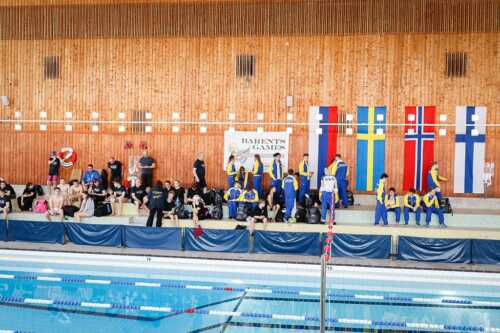