Barents Winter Games 2018 in Luleå is on and the participants started with big expectations.

Four nations, 15 forms of sport, and 1100 youth. Barents Winter Games 2018 started on Friday with the opening badminton matches between Sweden and Finland. The matches were played on four pitches simultaneously. First the single matches. Followed by double-cross.

On one pitch competed the fourteen-year-old Iida Kallunki och Emma Strand. The Finnish girl had a tough start in the competition and felt the journey from Kajana in the northeast of Finland.

- I have been sitting for six hours in the bus. And my opponent was strong, too. But it is only the beginning of the weekend, says Iida Kallunki.

Just like for her opponent it was the first time for Iida Kallunki to put on the colours of the national team.

- It feels completely unreal, but superb! I am proud to be Finnish says Iida Kallunki with a big smile.

For Emma Strand are the games a very special experience as she comes from Luleå and plays at the local badminton club.

- I was a little bit shocked to hear that I was chosen to play at Barents Winter Games. It feels big. I didn’t think they would choose me, says Emma and continues:

- It is a big honour and a lot of fun to play in our team. We know each other from before but it is different to play together as a real team in such an environment.

The opportunity to meet other athletes and to exchange experiences are two of the main objectives of Barents Winter Games. And not only within the national teams – even beyond borders. Something both girls look forward to.

- It will be great! I have heard that many activities besides sports have been organised. That is very exciting, says Emma Strand.

- I think it is a terrific idea. Especially with the possibilities of the internet and social media. That gives us the chance to stay in contact with all the new people we meet her, says Iida Kallunki.

Now it is dinner time for the two girls before the big event of the evening starts: the opening ceremony on the ice at the northern port. Emma Strands hopes to watch also other sports. Although her schedule is filled with many badminton activities.

- I was surprised to hear how big the event is. I will of course try to see as much other sport as possible. 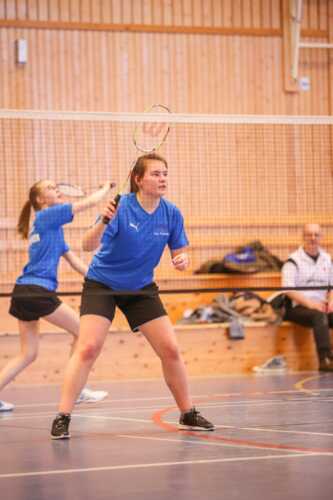 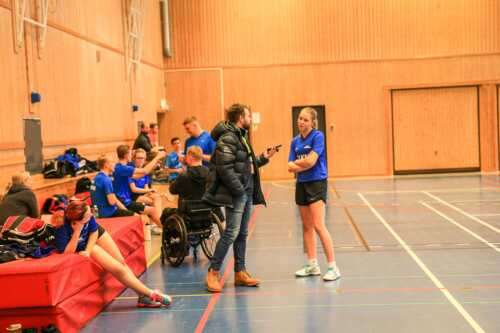