“We could have booked twice the amount of rooms”

Which value has sports for the city? Barents Winter Games give a hint.

The applaud from thick mittens starts simultaneously with the first tunes of the speakers. Then the sounds of the Norwegian national anthem echo over Luleå’s northern harbour. Ja, vi elsker dette landet – Yes, we love this country.

During the national anthem stands the Norwegian youth arm in arm and drown the song with their voices. It is a star-bright night with an icy coldness. But during the opening ceremony is the ice covered with warmth and expectations.

A little more than 1000 young athletes have come to Luleå to participate in Barents Winter Games. Joined by approximately 200 leaders and 100 guests.

- It is just fantastic with such a big event. That offers us the possibility to promote our city to guests who have never been here before. We were even forced to reject six or seven teams who wanted to stay with us. But we are fully booked, says Henrik Gustafsson, hotel manager at Scandic in Luleå.

The hotel has planned to increase its capacity by expanding the hotel. But even the planned enhancement wouldn’t have been sufficient to fit the demand.

- We could have had twice as many rooms and we would have still been fully booked, says Henrik Gustafsson.

The athletes are spread amongst four hotels in Luleå. Scandic Luleå, Clarion Hotel Sens, Elite Stadshotell and Quality Hotel. As an additional incentive to use the inner city have all participants received discount offers from several shops in the city.

According to Katarina Halvardsson, head of the regional sport association in Norrbotten, are these typical side effects of a vivid sport culture within a municipality. She pictures sports as a heart. As stronger the heart beats as stronger are the vibrations which nurtures the surroundings.

- Sports need equipment. And somebody must sell it. Sports need facilities. So, somebody must build and maintain them. If competitions get conducted food, accommodation and even goods to sell are required. It brings tax incomes and development at the venues. The value of sport is tremendous. Much bigger than most people would assume when thinking about sport, says Katarina Halvardsson.

That is a viewpoint that is shared by Luleå’s head of municipality, Niklas Nordström.

- Luleå is a sports city. We love sports in this city and think it is important. We are very happy about all competitions that strengthens Luleå’s profile.

How do you experience Barents Winter Games from your perspective?

- Extremely positive. Hosting an event for the athletes of the future has already a value by itself. Hopefully the athletes receive a positive picture from Luleå and return as adults.

- The fact that all hotels and restaurants are close by makes it much easier to organise such a big event. The nearness gives the participants and audience the possibility to move easily to the different venues. Furthermore, we had a strong winter which many visitors experience as something very positive. For example, the Dutch ice skaters who have been here a few weeks ago.

Which experience should the athletes take with them when they leave Luleå?

- Most importantly they should have had fun. I wasn’t active within sports but within the political youth association. There we were able to build up friendship and fellowship. My best friendships are from these years. That’s what I am hoping for the youth participating in Barents Winter Games. That the participants develop relationships amongst each other and get a good impression of Luleå so they want to return, says Niklas Nordström. 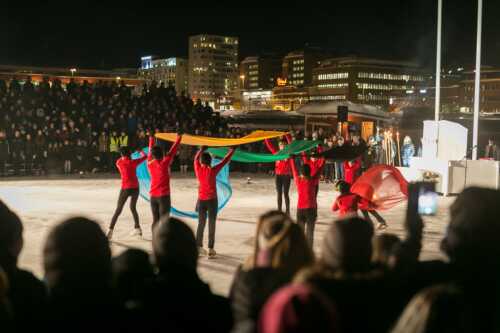 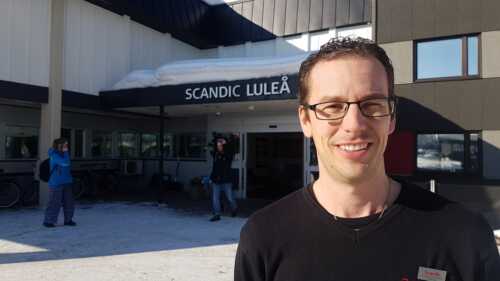