Two years ago Luleå’s volleyball club didn’t know if they would survive another year. Today seven of eight players from the Swedish Barents national team come from Luleå.

The men volleyball team has just beaten Russia and gathers in a ring to celebrate the victory. At the tribune seats are sitting friends and families of the players and applaud the go through. Edris talks at lengths with the people in the audience.

Just over two years ago Edris came from Afghanistan to Sweden. At an early stage he decided to become active in sports.

- I wanted to find something to keep me busy and thought that both football and volleyball would fit me well. Then I discovered that Luleå had a volleyball club with several foreign players, says Edris.

Edris tried playing volleyball in Afghanistan but never on club level. The warm welcome he experienced from his team mates was the reason why he continued. Since then his interest and commitment kept on growing. Today Edris helps to integrate newly arrived persons into the club.

- I certainly remember what volleyball meant to me after my arrival in Sweden. Therefore I would like to give many others the opportunity to play volleyball.

Which meaning has volleyball for you?

- Volleyball made a great impact on my life. Firstly it is a lot of fun to play. Moreover volleyball is a way to come into the Swedish society. It gave me the chance to meet Swedish people and to improve my language skills.

But Edris commitment was also of great significance for his club. The amount of participants has increased from about ten to almost 30 players. And the average age reduced distinctly. This development changed the clubs atmosphere from disbelief into confidence.

How did you work?

- A good deal was communication and there Edris helped a lot with his language skills. Generally we tried to help newcomers slightly more to integrate in our club. Especially in understanding rules, punctuality and transport to the training sessions. But most importantly we want that they enjoy themselves and feel welcome, says Peter Andersson.

The clubs development shows also in the line-up of the Swedish male team. Seven of eight players are from Lule Volley.

- It is an extraordinary feeling to put on the colours of the national team. Although Edris has lived majority of his life in another country.

- It is just wonderful! I cannot describe the feeling! To receive the opportunity to play for the country that accommodated me. I felt overwhelmed when I got chosen to play here, said Edris. It is fantastic! 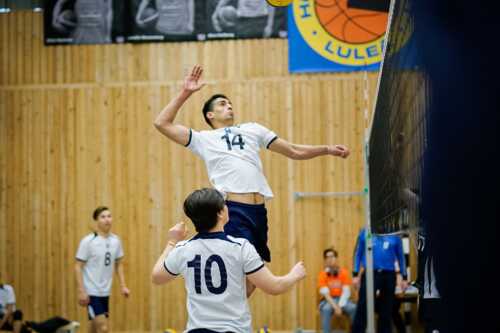 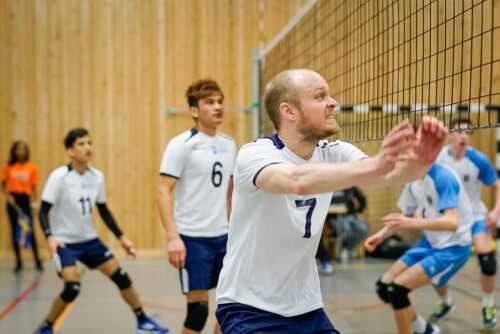