Get to know Tromsø

The city in the moutains, by the sea.

Welcome to Tromsø, a vibrant city surrounded by Arctic nature with the northern lights dancing overhead in the autumn and winter, while the midnight sun lights up the summer nights.

The city is often called Norway’s capital of the north and with a population of approximately 78.000 citizens, Tromsø municipality is the largest in Northern Norway. It is also one of the largest cities above the Arctic circle, anywhere in the world. Only Murmansk and Norilsk in Russia are bigger. The population is surprisingly international, with more than 100 nationalities represented. The majority of Tromsø city including the downtown area, university and airport is located on Tromsø island.

Tromsø is a hub of education, sports and culture

Tromsø is home to the world’s northernmost university which opened in 1972. The University of Tromsø (UiT) is also known by its modern name; the Arctic University of Norway. Specializing in Arctic sciences, economics and health sciences, the mid-size research university attracts a student base from around the world.

Tromsø, leader the of sports in the north

Olympiatoppen, the Norwegian organization for top sports, is situated in Tromsø with former top athletes as their representatives, developing athletes in their own educational system. There are many different sports represented at a national or international level in the city, with clubs covering football, basketball, volleyball, futsal, cross-country skiing, biathlon, cycling, skijumping, paraclimbing, swimming, orienteering, gymnastics, along with traditions in different martial arts. Several sports with athletes in the national teams.

The city even plays host to marathons in both the summer and winter. Established in 1990, the Tromsø Midnight Sun Marathon is the northernmost marathon length race certified by the Association of International Marathons and Distance Races.

Tromsø IL is the northernmost professional football club in the world

At the time the club is playing in the top division and many top players have been forming their career in the city and this club over the years. Marcus Holmgren Pedersen, playing for Feyenoord Rotterdam and the Norwegian national team as the most recent example.

Tromsø is the biggest city for many miles around and it serves as a cultural center for a big part of Northern Norway. The city hosts many music, cultural and film festivals throughout the year and is also the home of the regional theatre of northern Norway. With a famous nightlife, supported by many restaurants of good quality, some people call Tromsø “Paris of the north” and you will probably experience it as a strong and vibrant city in the arctic.

The Arctic Council is headquartered in Tromsø

The Arctic Council is a high-level intergovernmental forum that addresses issues faced by the Arctic governments and the indigenous people of the Arctic. Since 2012, Tromsø has served as the headquarters, although the chair rotates every two years and meetings are held throughout the Arctic region.

States with membership of the Council include Canada, Denmark, Finland, Iceland, Norway, Russia, Sweden and the United States. However, of the 4 million or so inhabitants of the Arctic region, around half a million are indigenous people.

Tromsø has another official name

Want to know more about Tromsø?

Now that you’ve gotten to know Tromsø a little better, you might want to see more and know more about the city in the north. For more information about Tromsø, we recommend going to  the pages of Tromsø Kommune and Visit Tromsø. 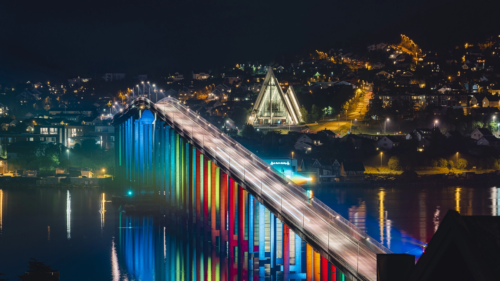 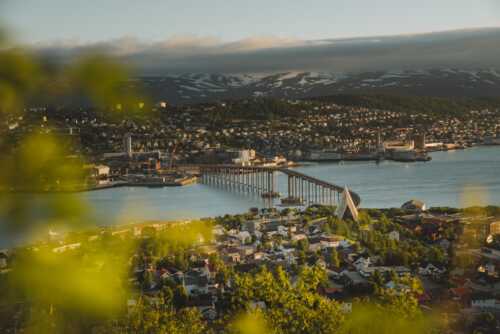